when you think "Valentine's Day"?

Something like this, right?   Not sick and dying people, especially not one like this one- a young 25 year old man that should be well and strong and full of life! 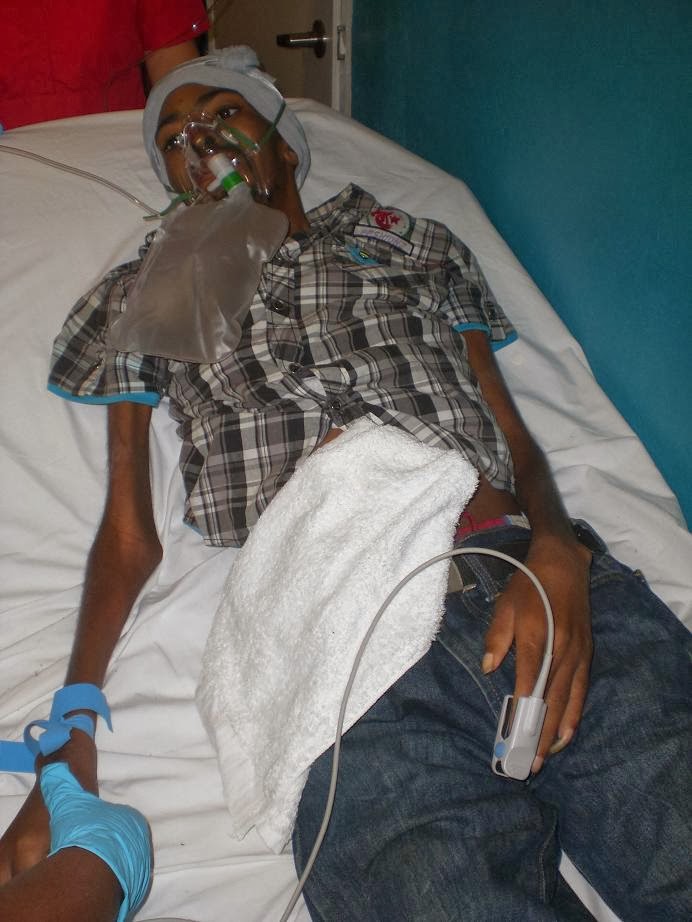 His family carried him into the clinic on a cot this morning, telling us that he had been sick for about
a month and now he had a fever and couldn't breathe well.   He looked awful!
His breathing was very labored and his oxygen stats were in the 60's.  We put him on 6 liters of oxygen right away and started working to get an IV put in him. 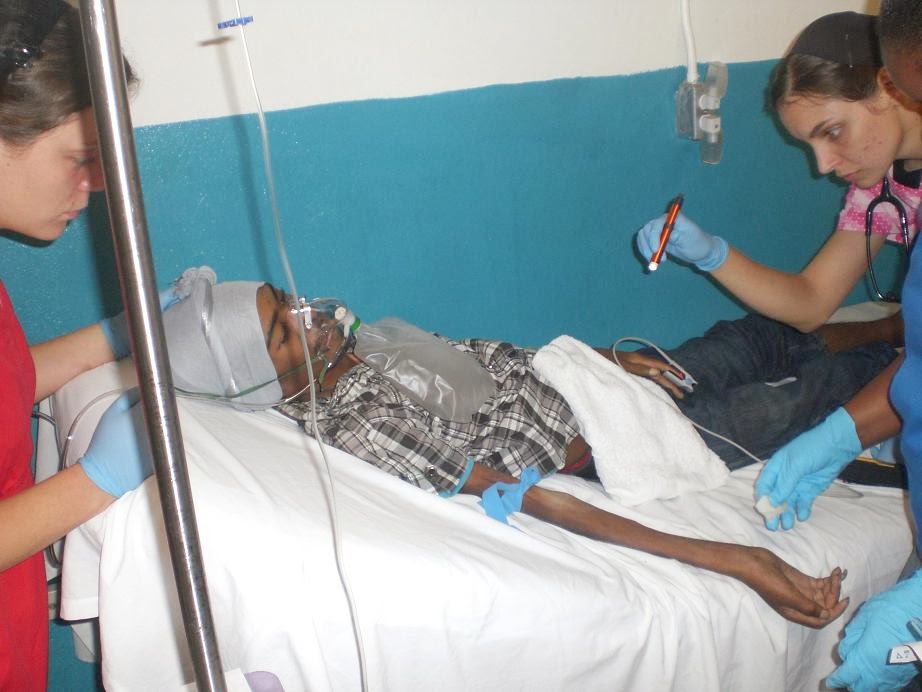 First Mis Rhoda, then Mis Katie, and then Mis Leda all tried to get an IV running, but they couldn't find any good veins. He was too dehydrated.   They thought about trying for a vein in his foot, but his feet were swollen tight. 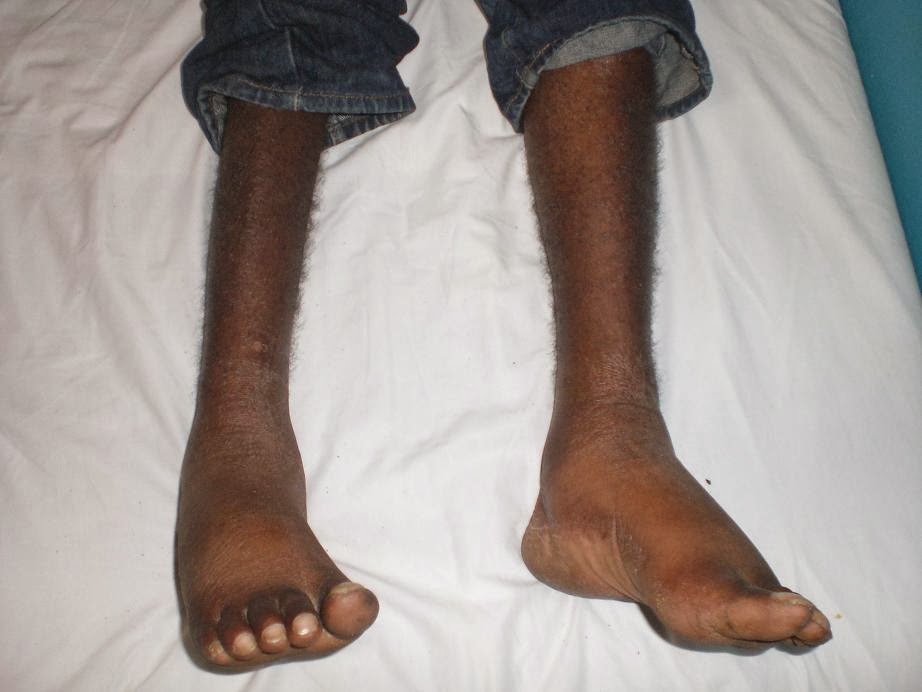 Notice how much bigger his left leg is than his right.  We're not sure why, but wondered if it was
from a blood clot.
We were half expecting him to die right there in front of us.  When Katie asked him, he said he wasn't saved, so we called Fre Nores (Noah) in to share the gospel with him.  He explained to him that Mother Mary couldn't pardon his sins, but that Jesus could if he would believe in Him!  He understood and said he believed and wanted Jesus to forgive all his sin, so there we all prayed with him!  And we know that Jesus heard the cry of his heart, and that he was forgiven, cleansed, and saved!  The gospel is so simple.  But it's works because it's the Truth, and it's such a joy to get to see it work!

Is it still sad to see someone so sick?  Of course.  But knowing that if he does die, it only means he'll be with Jesus, it takes away the sad hopelessness and finality of death.  "Thanks be unto God for His unspeakable gift!" 2 Cor. 9:15

So what became of him?  Well, we don't know the end of his case yet, but we suspected that he had Tuberculosis and AIDS, so we decided to send him out to Ti Goave to a TB treatment center there.
As I had been watching him struggling to breathe, and thinking about him maybe facing the end of his young life already, I had to imagine what life would mean to me if I was him.  It made me think about how little so many of the things I love in life really matter.  There are so many lesser things we can love- even life itself, but at the end of the day, all that's going to matter is whether or not we loved God and each other.
By Whit - February 14, 2014 No comments: