The morning was chugging right along at our little clinic, when Agenal, a bent over old man came hobbling into the clinic. He seemed quite distressed and began to pour out his woes to Anita and Fre Noes. 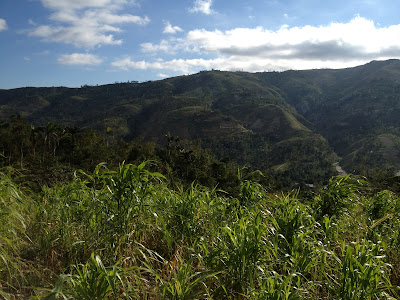 Between the two of them, they understood that poor, partly blind Agenal's wife had fallen out of bed that morning. Agenal seemed to think that she needed blood pressure medication to fix the problems.
Anita told Agenal that if he returned later on in the afternoon we would come up the mountain with him to see how his wife was faring. 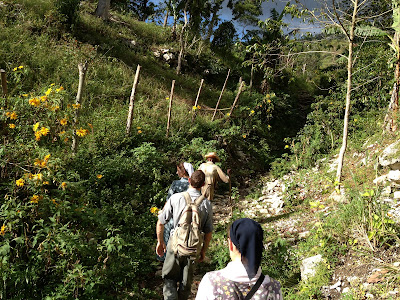 Don't you worry, Agenal surely did come back, for the love of his wife. Anita, Nate, Julian, and I followed the bent over man over the mountain and stream to his little house. Nate was hauling a backpack with water bottles, etc., and Julian was carrying Anita's medical backpack. 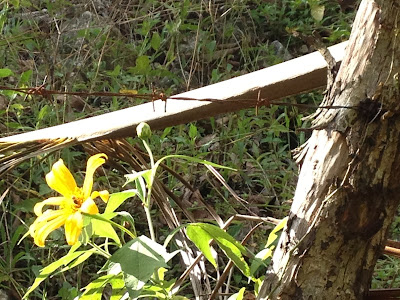 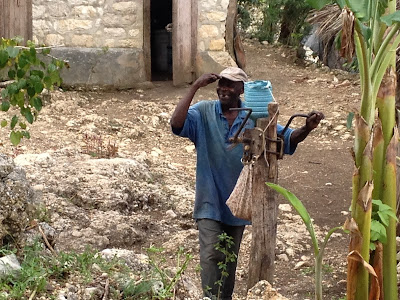 A man grinding corn along the way 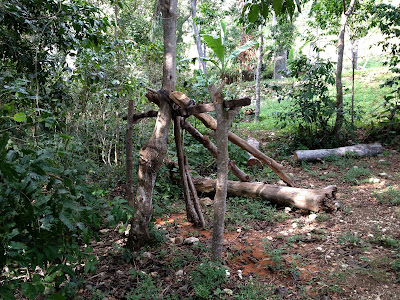 Our hike was great. We had a few shady spots and some breezes to break up the hot mountain climbing. Every now and then, we would stop and take a look back over our progress. Lots of gorgeous yellow daisies were growing all around the path. 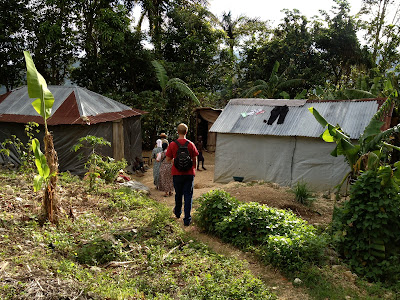 Walking into their compound

After about 45 minutes, we were introduced to Agenal's wife. She was sitting quietly on a bed in the corner. Anita donned her gloves and began to do a mini exam. After asking quite a few questions, it seemed difficult to really pinpoint a specific cause for the fall in the morning. It seemed like the fall had been preceded by a seizure, but that was a bit elusive as well. 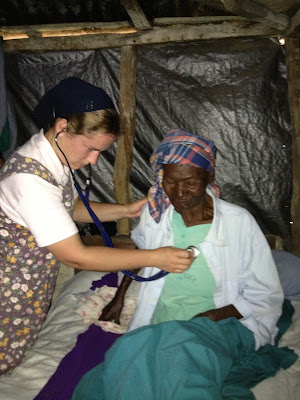 Anita gave a bit of Ibuprofen to the tired looking Grandma, and the family seemed pleased with that. Anita reminded them to tell us if anything else went wrong in the future. Then we had a little prayer, and told them we needed to go home again.
One little boy from the compound there at Agenal's led us down the path way towards home. By then it was cooling off, and the hike didn't seem long. Hopefully, for Agenal's sake, though, he won't need to take his tired bones over the mountains to the clinic very soon again.