Greetings to all in Jesus' name.

I was over at the clinic just a few minutes ago (about 11am, Haiti time) when they had an older man come in. His breathing was very labored, with short breaths. After checking his lungs with the stethoscope, Anita determined he has pneumonia. Michael also came over and confirmed it.

Apparently he had Cholera, and was in another CTC that is nearby (called Basis). He was discharged a week ago, but yesterday came down with this bad cough, shortness of breath, and such conditions. So, he came to the clinic.

They said it's a pretty bad case, so i thought i'd post some pictures here and ask for your prayers. Pray that he would be healed, and that if he isn't a Christian, that he would see the light of Christ through the nurses there. 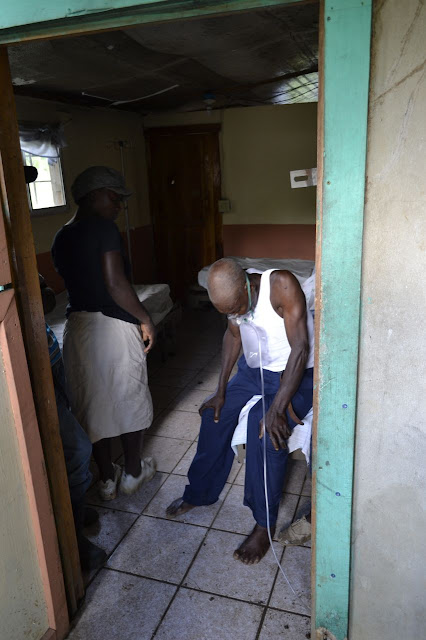 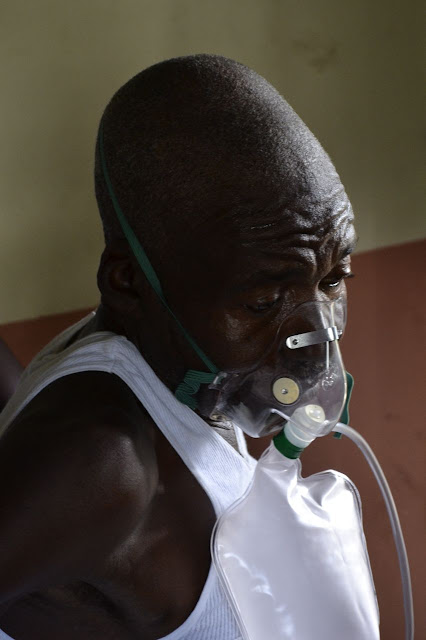 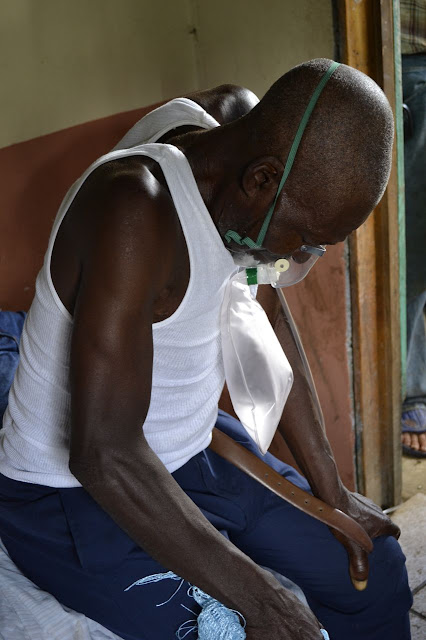 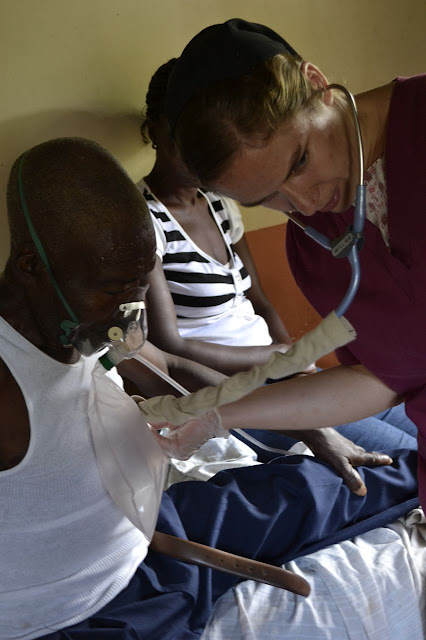